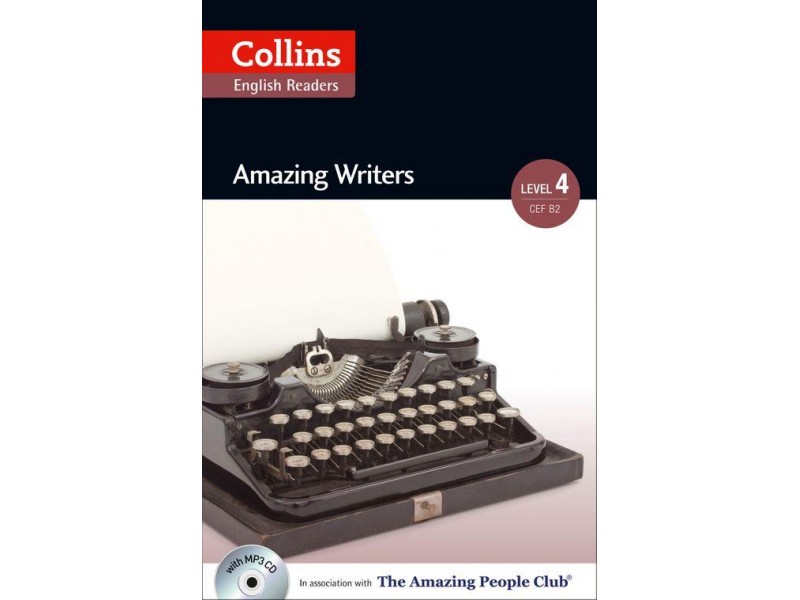 The inspiring stories of 6 people who changed history.

Contents: Voltaire, the French writer who believed in equality for all Charlotte Brontë, the British novelist who wrote Jane Eyre Mark Twain, the American who wrote Huckleberry Finn and Tom Sawyer Jacques Prévert, the writer known in France as ‘the People’s Poet’ Ayn Rand, whose writing expressed her own philosophical ideas Aleksandr Solzhenitsyn who wrote about life in a Soviet Labour Camp

Each book includes a full recording of each story online. PLUS: visit www.collinselt.com/readers for videos, teacher resources and self-study materials.

This book is Level 4 in the Collins ELT Readers series. Level 4 is equivalent to CEF level B2.

About the Amazing People series: A unique opportunity for learners of English to read about the exceptional lives and incredible abilities of some of the most insightful people the world has seen.

Each book contains six short stories, told by the characters themselves, as if in their own words. The stories explain the most significant parts of each character’s life, giving an insight into how they came to be such an important historic figure.

After each story, a timeline presents the most major events in their life in a clear and succinct fashion. The timeline is ideal for checking comprehension or as a basis for project work or further research.

Created in association with The Amazing People Club.